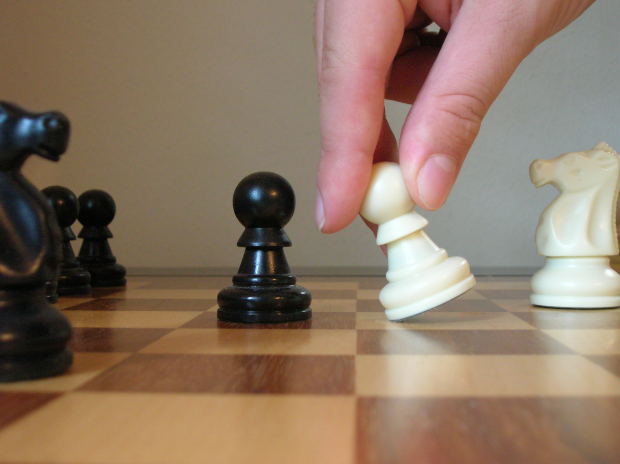 rganizations that are unintentional about their cultures. Leaders of these institutions don’t perceive the value of spending time defining and sustaining their cultures. They don’t realize that a well-defined, intentional culture is so valuable that it can serve as a critical differentiating factor within their market(s).

There are multiple factors that contribute to culture.  Leaderships styles, the dominance of personal agendas, commitment to staff development, policies and procedures, hiring practices, and retention strategies. In organizations where culture is a deliberate strategic priority, decision-makers carefully define their vision and mission statements, as well as their core values. Armed with this information, leaders model behaviors that will build and sustain the desired culture.

In various institutions, the owner or CEO is the primary driver of culture. The culture forms itself around the strengths and weaknesses of this leader. Sometimes this is a beneficial, however, if there are dominant, unproductive idiosyncrasies resident within the CEO or business owner, these traits establish a system that ignores the espoused values of the organization and negatively impact the culture. For example, there are environments where leaders are culturally unaware and decision-makers are too lenient, dishonest, highly controlling, too political, or they have undeveloped people leadership skills. (To name a few)  These characteristics set the standard for what is considered as acceptable behavior.

Organizations can be Hero or process oriented. A Hero is a business owner or CEO who micromanages their executive team. Sometimes the fact that the team is being micromanaged is not immediately apparent because of strong work relationships built on loyalty. However, the dynamic is evidenced when no one wants to make a decision because it will be unraveled by the CEO if he / she is not in agreement with your choice.

When there is a Hero focus, succession may not be a priority unless the hero is seeking to identify someone who will become their puppet. This is because some Hero leaders are obsessed with power and are reluctant to relinquish it, even if it is clearly the right time to move on with their lives. When there is a hero leader, staff are trained to seek answers from him / her. They don’t want the unthinkable task redoing something that was not pre-approved by the leader.  Wherever there is a Hero there is centralized decision-making.

When organizations are process oriented, leaders take the steps necessary to ensure the organization can sustain itself using the implementation of standard operating procedures. A robust system of policies and procedures can diffuse the centralized power structure of the Hero because the established standards and procedures to be entrenched within the organization. However, if policies are so granular allowing limited discretion, the policies create a circumstance where there are multiple exceptions. This dynamic maintains the need for the Hero to make decisions because the policies are so specific, there is an abnormal amount of situations that fall outside the range of policy.

In organizations where there is an active Hero, cultural intentionality depends on the perspective and capacities of the owner / CEO.  Hero behavioral systems tend to feed the need for hierarchy and control. Process driven organizations that delegate authority, disperse the power and create the need for control is a system that respects the decision-making skills of the wider senior team.

The success of organizations that are deliberate about cultural evolution and sustainability is dependent on the mindset of the CEO and his / her commitment to the development of the entire team. Theory X asserts that people don’t like to work and need to be controlled so the Hero, with this point of view will treat the team as though they don’t know much. The CEO’s intention is based on his limiting beliefs. Theory Y asserts that people can think for themselves, they have good ideas, and can engage in self-management. Leaders in this type of environment nurture their staff with the intention of empowering them.

Recruitment systems should be built to attract candidates who align with the design of the culture. When there is hiring error and the culture is well-defined, if hired, those who don’t fit may become despondent and seek impact the culture. So the skill of the hiring team is essential to cultural longevity.

There is a common dynamic that can interfere with the intentionality of the cultural design. The Peter Principle asserts that people are promoted beyond their competence level based on strong performance in their current role. Decision-makers who promote these individuals tend not to understand fact that the strengths these high performers demonstrated in their previous roles will not translate into high performance in new roles that require a different mix of skills, even if the person is promoted within the same department. For instance, an employee who is wildly successful at sales, networking, and building a pipeline may fail as a leader because in the new role he is not selling anymore, or doing what he loves, he is now leading a team of sales people.

This high performing sales person is great at self-leadership but not people leadership and becomes an unhappy employee because he is not operating in his zone of genius. He is feeling demoralized because he cannot perform at his previous levels of excellence. The intention of the decision-maker was to replicate the strengths of the top performer, but they did not understand the strengths of their top performer need to be replicated another way.

When in an intentional culture, employees know what is expected of them and they are developed to operate in a way that supports the longevity of the culture.  Whether the culture is controlling or innovative, you can detect the intentionality.

As already indicated, hiring practices reveal intentionality, and so do training priorities and the mind set of leaders.  Whether the culture empowers its people or not, when there is no intentionality behind culture, the culture will morph, either creating subcultures that may or may not be counter cultural or the overarching culture will continuously shift.

When an organization is unintentional about hiring new leaders this can lead to the subtle or obvious transformation of the culture into a new one, especially if a number of persons from a similar organizational culture are brought into the institution.

I have witnessed circumstances where a leader from a hierarchical, controlled environment steps into an innovative culture and the incompatibility frustrates strong support staff who prefer flexibility and creativity. What typically happens next is the leader becomes frustrated with this and seeks to hire support staff who will work well with them given their mode of operation within their previous culture.

This is one way the infiltration begins, it emerges from the intention to have someone working with them who understands their leadership and work styles.  The intention to sustain their new culture does not outweigh their need to survive, therefore it is not a consideration.

Being intentional about your culture requires defining your culture and creating a deliberate plan to sustain it. When culturally aware, all people decisions should consider the desired culture, all process decisions should do the same. The more flexible cultures are designed to empower the team. The controlling ones centralize decision making and create a system that relies heavily on the Hero.  Both cultures can succeed or fail, so it is important to decide early on which type of culture will give your organization a sustainable advantage in the long-term and take deliberate action to build your culture into a competitive advantage.